CAN GREEN TEA IMPROVE YOUR CHANCES OF SURVIVING BREAST CANCER?

Here’re we are to discuss the facts concerned with one of the most hazardous woman’s diseases. To be punctual, the second – breast cancer is the most wide-spread type of cancer among women after nonmelanoma skin cancer. The risk is highly acute – breast cancer is sure to occur to thirteen percent of American woman during their lifetime, moreover for various reasons. The mortality is also astonishing – among causes of deaths from cancer among women it’s as well the second, lung cancer is the first in this sorrowful list. 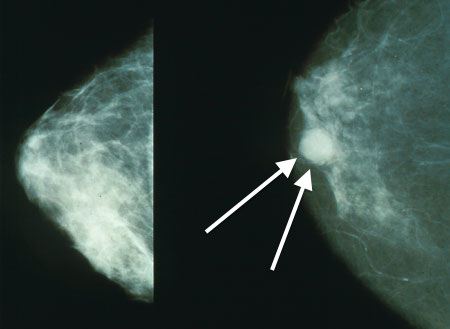 The matter, as you can see, is crucial and researchers throughout the world are studying information to comprehend what are the causes of this kind of cancer and measure of prophylactics and treatment for this illness. Nowadays the mankind knows several factors of risk, though the causes are indeterminate still.

Unfortunately, many women pass away every year, but scientists have a definite progress in cure for breast cancer. Several lines of investigation seem very hopeful, for instance one on green tea. 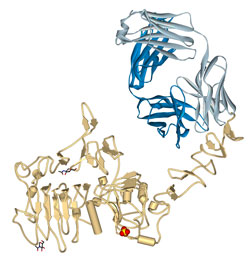 (Ribbon diagram of the Fab fragment of trastuzumab, a monoclonal antibody, bound to the extracellular domain of HER2)

No so long ago doctors have started to diagnose the level of Her-2/neu of patients with lately revealed breast cancer. It’s performed for the purpose of determining a probability of metastasizing since women with an over-expression of Her-2/neu are at high risk of lethal outcome. More or less thirty percent of women with breast cancer have a high Her-2/neu level. Anyway, this kind of information is use for providing an appropriate treatment.

Now green tea attracts many researchers’ attention since its medical characteristics are quite probable, taking into consideration universal unceasing pursuit of efficient treatment and prophylactics for considered type of cancer. The fact is that the generic cancer rate is significantly lower in Asian countries than in Western and some researchers correlate this phenomenon with green tea usage.

Camellia sinensis plant is the origin of tea itself. That means that tea here is white, green and black. The sense of diversity is how the teas are treated, not what kind of leaf is used. Black teas pass the fermentation, and, as opposite to, green and white teas escape this procedure.

Anti-oxidants, which tea leaves contain, are catechins, the flavan-3-ol class’ part of flavonoids. Being one of the tea catechins, EGCG is a mighty anti-oxidant. Unfortunately, the fermentation process deprives teas of the original catechins, transferring them into other compounds that aren’t so profitable for health as the source. That’s why the investigations center on the green tea since it’s the most efficient soft of all. 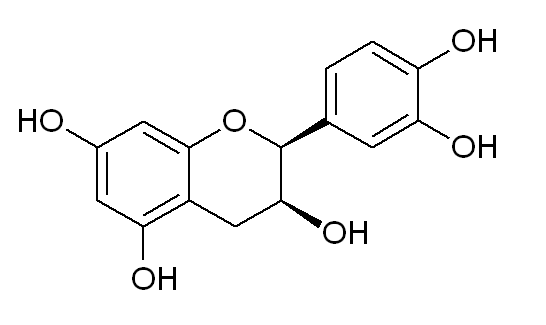 What’s So Great About Anti-Oxidants?

While food is transforming into energy in human organism, free radicals are developing in our body. This stuff slowly eliminates the DNA and cells in case there’s no any resistance. If nothing can restrain free radicals, in that case the body will age more rapidly and gain high risk of f ormation of various hazardous diseases, like heart attack, stroke, and cancer.

The effective way of struggle with free radicals is to consume anti-oxidants in any available form – from tea to valuable diet. The usual diet highly saturated with anti-oxidants consists of fresh vegetables, fruits and lots of green tea daily. And especially the Vietnamese green teas, of course. 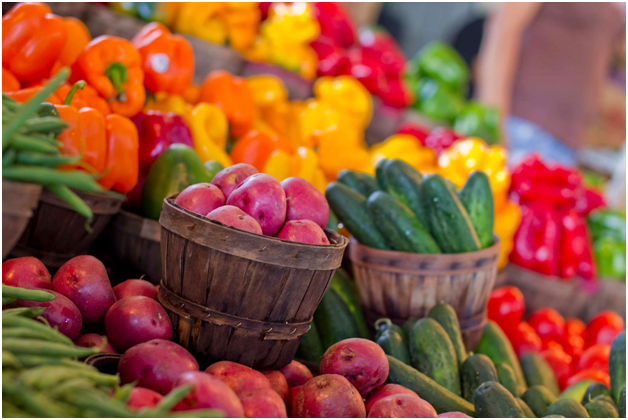 There’s still some points to discuss for some researchers have conjectures about the green tea ability to help in some cases of breast cancer. Combining standard treatment techniques with green teas’ intake, scientists achieved a considerable progress in experimental female mice treatment – its general efficiency was ameliorated and cancer’s progression towards other cells was hindered. This kind of experiment is really forward-looking – it closely connected with breast cancer treatment.

There’s a case which was lead by the Boston University School of Medicine. Her-2/neu level of female mice under consideration had been greatly high and there was a try to treat them with not only standard cures but green tea. Mice that have such additional injections displayed a prominent slowing down of diseases’ development, considered tumors’ sizes and general progression, in opposite to mice without any additional therapy. 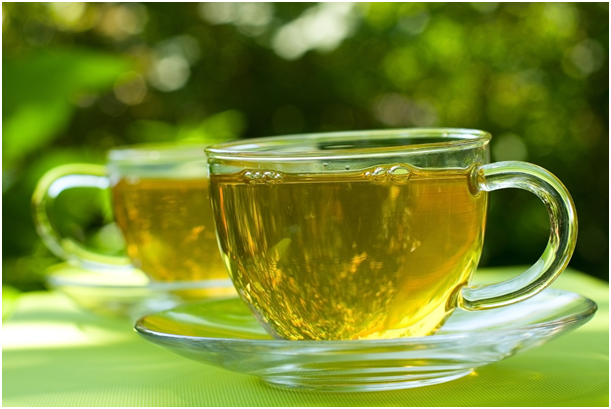 The scientists of this School also have faith in probability of that the green teas might be efficient to reduce cancerous cells in size and avert their forming thus it was proved that green tea stimulate the basic cancer treatment. This theory corresponds to another study that tells us about green tea’ effectiveness in averting of cancer. Anyway, it might be useful to clarify the fact of much lower cancer incidence versus general percent of breast cancer in the Western world.

That’s why above-stated sounds quite optimistic for patients of commonly low survival rate sub-group with breast cancer. Since doctors at this time can inhibit the forming of cancer with such over expression of Her-2/neu to more or less the same level as usual breast cancer sufferers, it means that a total mortality level of this sub-group will be severely curtailed.

Surely, there’re more and more studies are in need for the efficacy of cancer treatment and prevention. Fortunately, the matter is still significant so scientist will make more effort at the field of the cancer investigation. Nevertheless we’re are certainly in knowledge of green tea curability in cancer prophylactics and treatment, and obviously not only this one.

Still there’re no downsides to consume green tea for the purposes of preventing cancer or to better your health’s state. Furthermore, you can drink green tea without any risk for your health. There’re no side effects and moreover it’s a healthier equivalent for coffee since it has a lower standard of caffeine and higher of anti-oxidants. So that, get a cup of nicely-brewed green tea to gain some additional anti-oxidants today.